A selection of recorded oral history interviews chronicling African-American life during the age of legal segregation in the American South, from the 1890s to the 1950s. END_OF_DOCUMENT_TOKEN_TO_BE_REPLACED

The Behind the Veil Oral History Project was undertaken by Duke University’s Center for Documentary Studies from 1993 to 1995. Funded by the National Endowment for the Humanities, the primary purpose of this documentary project was to record and preserve the living memory of African American life during the age of legal segregation in the American South, from the 1890s to the 1950s. Over the span of three summers, teams of researchers conducted oral history interviews with more than one thousand elderly black southerners who remembered that period of legal segregation. The tapes and selected transcripts of the interviews in this collection capture the vivid personalities, poignant personal stories, and behind-the-scenes decision-making that bring to life the African American experience in the South during the late-19th to mid-20th century. It is the largest single collection of Jim Crow oral histories in the world.

The original interviews were recorded on audio-cassettes and the entire collection is housed in the John Hope Franklin Research Center for African and African American History and Culture, in the David M. Rubenstein Rare Book & Manuscript Library at Duke University. See Inventory of the Behind the Veil: Documenting African American Life in the Jim Crow South Records, 1940-1997 and undated (bulk 1993-1997).

‘Tis the Season for New Beginnings

by Brittney Rankins about 5 years ago

New Additions Brief summaries of articles pulled from a future digitized issue published by The Chronicle, as part of the 1990s Duke Chronicle Digitization Project The time has come for the temperature to drop, decadent smells to waft through the air, and eyes become tired and bloodshot. Yep, it’s exam week here at Duke! As students fill up every room, desk … END_OF_DOCUMENT_TOKEN_TO_BE_REPLACED 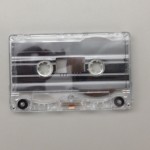 by Molly Bragg almost 9 years ago

Announcing 310 Newly Digitized Behind the Veil Interviews and a New Blog!

by Molly Bragg almost 9 years ago